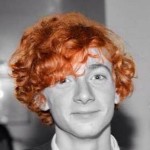 Josiah Luck·March 23, 2022
When the historians come eventually to put ink to paper on their starry-eyed chronicles of the UK Math/Post-rock...
EXCLUSIVESHEADLINENEWS FEEDUncategorized
·0 Comments·0·100 views

Josiah Luck·September 5, 2019
Much like – let’s say – duck à l’orange, the constituents of Luo’s sound, on paper, haven’t, at first glance, ever appeared too likely to mingle well. Thick, hazy electronica and tumbling, wonky prog leanings; a bird and a citrus fruit? Neither part feels instantly plausible to mesh without prompting some discord however, as contemporaries such as Three Trapped Tigers and Poisonous Birds consistently prove (as regards the music, not the cuisine), the two can make for comfy bedfellows.
EXCLUSIVESHEADLINE
·0 Comments·0·528 views

Josiah Luck·May 27, 2019
Alarmist’s 2015 record Popular Demain – with its bustling, jigsaw rhythms, fizzing synths and remarkable, pointillist guitar work – was a gamechanger. Continuing the grand tradition of Irish instrumental brilliance, the Dublin act broke boundaries, skirting the worlds of jazz, post-rock and math and flirting with influence from experimental electronica, to produce a bona-fide modern masterpiece (math-sterpiece©™ if you will…).
EXCLUSIVESHEADLINE
·0 Comments·0·668 views

Josiah Luck·April 12, 2019
A number of weeks ago, having embarked on a brief perambulation, I suffered the deep misfortune of falling victim to a kidnapping; a posse of ruffians forced a hood over my head and scooped me into the back of a transit van and I saw nothing until I awoke; alone, my surroundings, a pleasant yet unsettlingly corporate board room. There were some biscuits in a little dish so I took one. “Hmm”, said I, “These biscuits taste as though they have been produced with Kworn™ High Quality Meat Substitute”.
MACHO PARTY RIFFSRELEASE-O-METER
·0 Comments·0·496 views

FOCUS // Delving into Matt Calvert: a brief exploration of Typewritten and musicianship

Josiah Luck·November 16, 2018
What makes a virtuoso; an incredible musician? Query google, “world’s greatest guitarist”, and doubtless your browser will be awash with well-maned men sicking up harmonic minor scales, gurning into the abyss
FOCUSHEADLINE
·0 Comments·0·255 views

FOCUS // Aiming For Enrike on Norway, looping and Enrike

Josiah Luck·September 25, 2018
It is a beautiful day at the park. Nestled high, in damp climbing frame arms, everything expands outwards before you: skies, pastel blue and jewelled with oddly handsome birds, stroking clouds, formed into trivial shapes - solely for your pleasure...
EXCLUSIVES
·0 Comments·0·94 views

EXCLUSIVE // Have a listen to Tall Talker’s new single ‘Gino’