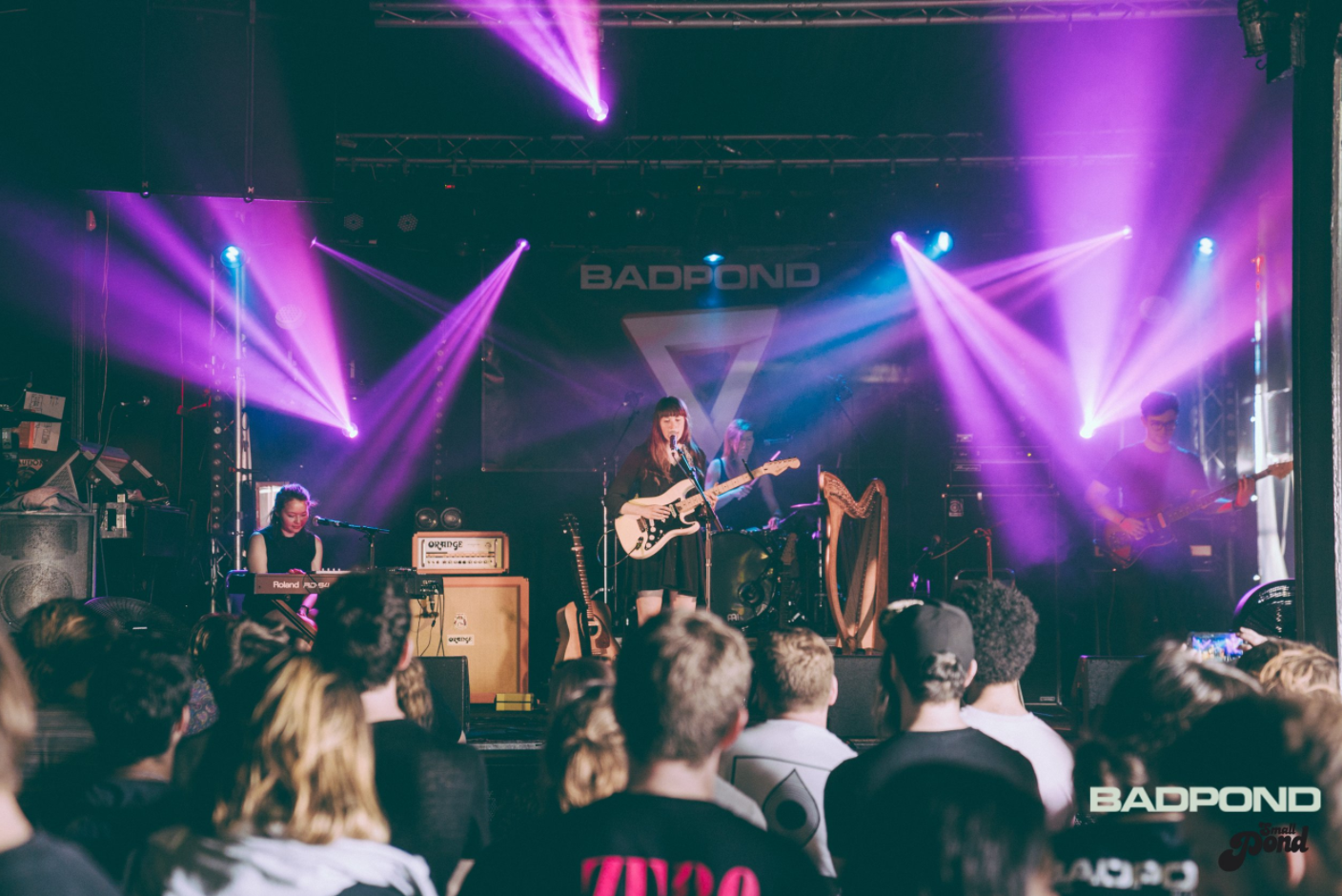 When the historians come eventually to put ink to paper on their starry-eyed chronicles of the UK Math/Post-rock scene, one of the central things in their accounts (aside chunky riffs and a half-decade spate of very specific WC vandalism) will be the golden splendour of the Math/Post-rock Weekender Fest. Strangeforms in Leeds, Portals in London – and, of course, Brighton’s own bombastic Bad Pond, a permanent highlight of the underground rock calendar, which will return with its latest celebration of what’s-good in experimental rock on the 1st of May this year.

Stuffing a day or two to the brim with, naturally, excellent bands, the glory of these brilliant weekends has at its core what those historians will no doubt see as the two main threads of the scene’s greatness: phenomenal music and phenomenal community. And this year’s Bad Pond certainly doesn’t seem set to buck the trend, serving up, amidst the lovely vibes of the Brighton scene, a lineup boasting a set of bands as refreshingly diverse and varied as they are just damn good.

For folks looking to catch some classic math/post music, California’s Standards will be offering taps and time-signatures, in their inimitably sunny fashion, while the fest is to be closed by sets from headliners and post-rock titans God is an Astronaut and Bossk. The lineup is, however, by no means dominated by these stylings, a significant chunk being given over this year to what looks to be an electrifying survey of bands at the cutting-edge of punk – among them, Brighton’s own CLT DRP and their barnstorming, category-defying electro-punk, the feral chaos of Lambrini Girls, and legendary Bristol post-hardcore stalwarts The St Pierre Snake Invasion (I once got hit by a beer can thrown by the singer of TPSI at one of their gigs and it both hurt a bit and covered my shirt in Carling, and I really don’t know how a punk show could have any better vibes). And, beyond all things math, post, and punk, Bad Pond’s will play host also this year to Bob Vylan, with their spiky blend of punky grime, as well as the sludgy sounds of Witch Fever, which sit somewhere between a sped-up Sabbath and a slowed-down Nirvana.

If there is one thing the math/post historians will not include in their works, it will be me rambling nostalgically about Alpha Male Tea Party – but I’m going to do it anyway (mwahaha etc.): earlier this year, I saw AMTP live and, before playing a track from their (phenomenal) 2017 album Health, they announced something along the lines of “this is an old one” – and I thought “What, no it’s nottt”, before realising traumatically that 2017 is indeed now 5 years in the past. My best explanation for my not realising that Health is now ((old)) is that, because of the pandemic shutting down live music, it feels like at least two of those five years, in musical terms, haven’t really been real years – and so Health is still only about 3. But, against the logic my brain chose, those five years have still past, and the kicker is that those two covid years, potentially full of seeing AMTP and other great bands, have been kinda lost – and so here’s the point of this ramble:

Bad Pond will take place on the 1st of May 2022 at Concorde 2 in Brighton. Tickets are available here.