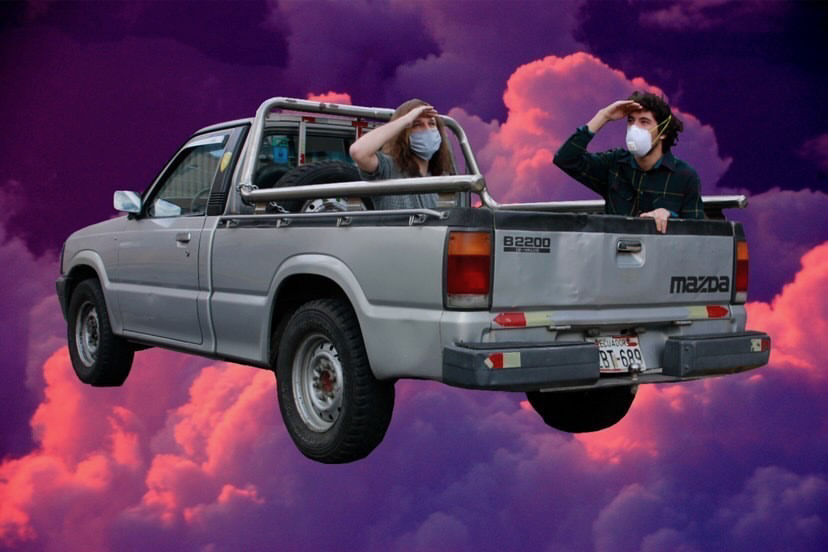 Well, who hasn’t had their minds blown away by a math rock duo? It’s just amazing how a guitar or a bass and a drumset, along with a few pedals can become art in the right hands.

And how delightful it is to see that as math rock grows as a genre, it expands through the globe. As a Mexican, I love writing about South American acts, and today we travel to the center of the Earth to find the newest release of Ecuadorian band foco.

The duo of Mateo Molina and Juan Sebastián Piedra formed back in 2018, however, they had been playing since many years ago, having met in Quito. You can notice a strong influence of bands like Hella, Piglet, Zach Hill and Don Cab, and, in Mateo’s own words, ‘a bit of non math acts, such as Aphex Twin, The Beatles or Pink Floyd’.

The meaning if the word ‘foco’ is ‘lightbulb’, and, if you think about it, this leads you to the concept of an idea. And that’s how foco approaches the listener; not only with their music, but with visuals as well through animations in their Instagram account.

Their homonymous album was released on April 14 and it will set you back in the 00s, with strong guitar riffs, and one of the wildest but cleanest drumlines we’ve heard recently, along with a few synthesizers, all mixed up to create math rock magic. I had a hard time trying to decide which song is my favorite. Overall, the album is just a blast, but I’ll let you be the judges. Enjoy it!

You can support foco directly in their Bandcamp page, and if you are still eager to discover more math rock from Latin America, check out our World of Math interactive map.