When your math-prog band is finally asked to play a festival in another country, generally speaking, you’d best get going. Otherwise, prepare yourself (and your bandmates) for unsustainable levels of shame and regret until you finally take corrective action. Especially if that country happens to be Japan.

While saying yes to these important opportunities might seem like an obvious decision to some, there also exists a complex web of reasons the average musician might NOT actually follow through: obligations to family, the potential slog of quitting and reapplying for jobs, social anxiety, not being able to shower… the list goes on.

But luckily for the members of Catbamboo, these factors can prove well worth the risk. Between SXSW, Fyre Fest, and the chill vibes of the house show scene of their hometwon Baton Rouge, the band developed a taste for bigger things. Just days before leaving the country to play a coveted slot at Sine / Cosine Fest in Shibuyah, Ky (guitars) and Brandon (drums) took a few minutes to answer some questions for us about life, the power of memes, and what it was like to work with a very special guest on their upcoming release. 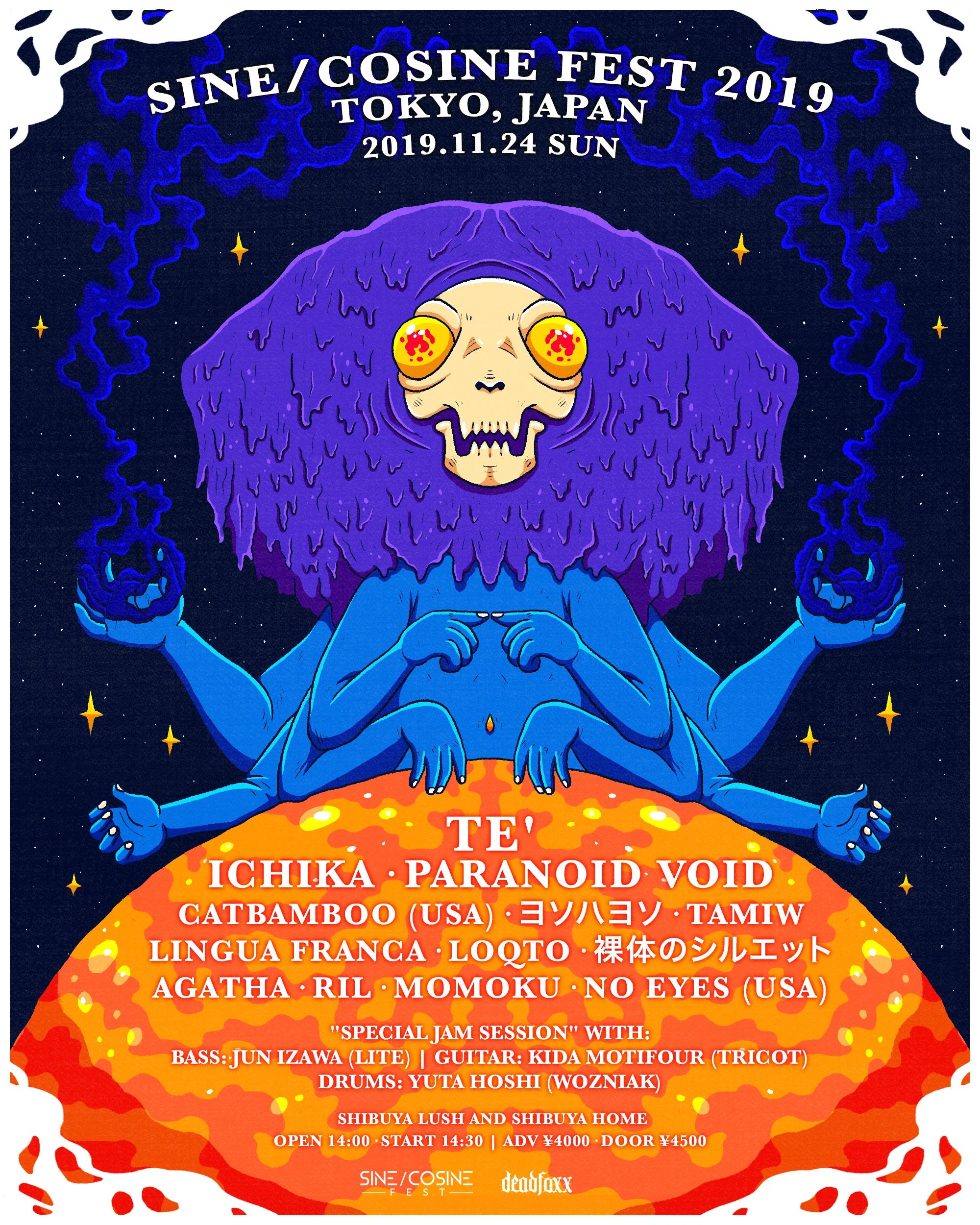 Unlike a lot of other bands that incorporate electronic and rap elements later in their career, you guys were comfortable starting there, and had a couple awesome features from Khaos Light on “Lighter than Air” and “Snickle Fritz. How do you decide what tracks get vocal treatment and what tracks remain instrumental?

Ky: That’s (Snickle Fritz) the only song we have with vocals in right now, but we plan on writing on songs with the intent of adding vocals to them.

Why do you think people freaked out so much when Chon started introducing similar vocal elements to their sound a few years ago?

What was it like having Chon’s Esiah Camarena guest on the new single?

Ky: Well, actually he’s playing bass for all of ‘Jelly’ . He’s a great bassist and we’re really excited to have him on.

There are a lot of videos tearing up house shows and backyard parties in your home state, Louisiana. You also appear to be having a hell of a lot of fun: do you prefer those kinds of shows as opposed to more traditional venues like bars or clubs?

Ky: Yes and no, yes because house parties have way better energy and people get rowdy, and i prefer venues because the business aspect is better organized.

Brandon: I prefer house parties because of the intimacy and the energy.

What’s the scene like in Baton Rouge? Does it have it’s own flavor compared to the always-in-the-spotlight New Orleans?

Ky: The baton rouge scene is very cliquey and doesn’t have a lot of opportunities for musicians to get out. Louisiana doesn’t get very many artist that come through so people don’t generally know what it takes to make it.

Before we get any further, what actually is Catbamboo, and how did it become the name of your band?

Ky: Catbamboo was a working title we used right before we had a show because we needed a band name. We got two emojis and put them together.

How was your experience with Sofar Sounds? Do you ever have a hard time sorting through PR and “curation” agencies when everyone claims to be an expert?

Ky: So far sounds was amazing. They hit us up directly. And we don’t have a problem with PR because we get a lot of offers instead of applying so it’s alot less stressful.

In all your self-produced videos, the way you sneakily introduce little slivers of meme culture never fails to amuse: how important do you think it is for bands coming up these days to stay in touch with the ever evolving culture of memes?

You guys have a tour coming up in Japan in just a few days, and you even get to hit the Sine/Cosine Festival. What are your favorite and least favorite things about traveling long distances for tour? Does it psyche you out that you have to board an airplane for this one?

Ky: Favorite things are seeing mountains, meeting new people, experiencing new things, new types of plants and architecture. Least, not sleeping in my bed, no routine, not being able to shower, really weird people. And it low key psyches me out to be on a plane.

Brandon: Sharing my passion for drums every night for different people, seeing new sights, eating at new places, and also car rides. But my least favorite is not showering, uncomfortable sleeping arrangements, missing my bed, and also weird people. And i’m looking forward to flying on a plane, I’m just not looking forward to being on it for 19 hours.

Are we ever going to hear a full length from you guys, or is that just an outdated thing to ask?

You can check out Catbamboo’s latest release, “Backpedal,” and the rest of their discography here.