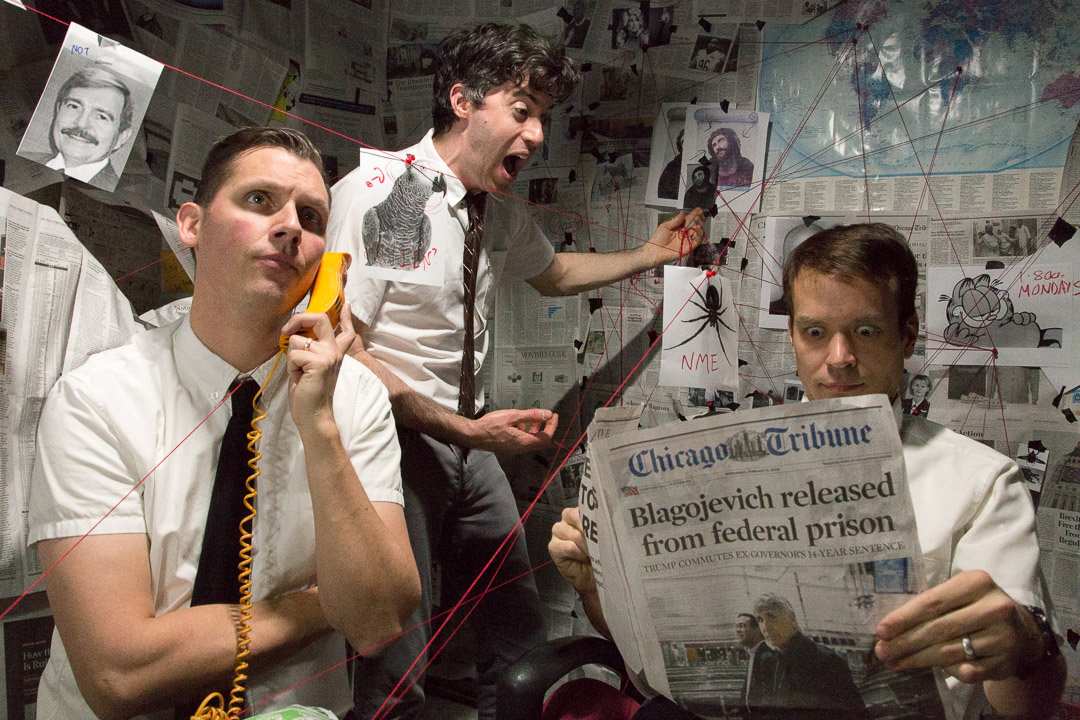 WILLIAM COVERT·
BACK TO THOSE GOLD SOUNDZHEADLINENEW MUSICNEWS FEED
·May 2, 2021

It’s been nearly 9 years since Paper Mice released last album, The Funny Papers, and it’s glorious news the angular mathy post-punk trio are back with a new album, 1-800-Mondays,.

The band masterfully mixes technical ability with punk energy and quirky lyrics in a way that very few other bands could pull off in such an authentic and fun way. Paper Mice sounds like This Heat mixed with your local news with a dash of Frank Zappa absurdity. We’re excited to be able to share a full-stream of 1-800-Mondays ahead of its release on May 7th via Three One G Records.

Paper Mice formed in Chicago in 2008, and their music is maybe more cultural relevant now more than ever. One of the most unique things about the band is guitarist/vocalist Dave Reminick taking news headlines and news stories to use as the foundation for song titles and lyrics for the songs. The band takes the absurdness of real life and then presents it in a surreal way musically that just kind of showcases certain crevices of the human condition and provides some interesting social commentary of our modern times.

The musical direction of the new album shows the band’s growth since The Funny Papers. The album still has the quintessential angular post-punk sound the band has always had, but the band adds some almost Beach Boys-esque backing vocals and dense musical arrangements that pepper the album with more melodic nuance and pop sensibility.

We hope you enjoy 1-800-Mondays as much as we do! Check out their discography and some stellar merch here.