A lot of people ask us about the name Fecking Bahamas, and also the podcast name ‘Room Temperature Suite’. Pundits of classic 90’s math rock will be quick to point out that these are references to the eminent math rock act Don Caballero.

Another common question we get from people is: where do you start with Don Caballero? It is, surprisingly, not an easy question to answer because the sound of Don Caballero has changed significantly across their time span. The basis for this retrospective article is to track The Don through time, and to get a feel for how much this monumental band shaped its sound and helped define the math rock elements we enjoy today. 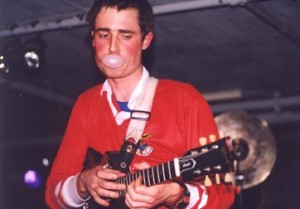 Don Caballero comprises some of math rocks major game-changers: Ian Williams, the innovative guitarist who now fronts the experimental rock act Battles; and Damon Che, the exceptional percussionist who also played for Bellini and indie group The Speaking Canaries. Both musicians laid a lot of the groundwork for some of math rock’s most prominent counterparts: angular guitar phrases, finger-tapping, irregular time-signatures and polyrhythms. To be sure, these off-kilter motifs had been steadily gaining popularity due to the likes of Slint and Breadwinner. However, it was Don Caballero that enhanced and innovated the execution of these musical elements, and subsequently developed the genre.

It’s 1991 in Pittsburgh. Damon Che was playing with The Speaking Canaries. Guitarist Mike Banfield was in a college band called Slag, and bassist Pat Morris was in a band called Northern Bushmen. The three guys started jamming together, vocalist pending, under the name ‘Don Cabellero’, taking their name from a Second City TV sketch in which Guy Caballero, a character played by Joe Flaherty, is made a Mafia don.

The band never really got around to finding a vocalist, so they simply became an instrumental trio. They released two 7-inches in 1992, The Lucky Father Brown EP and Unresolved Karma/Puddin’ In My Eye 7”. The tracks were undoubtedly dark and brooding, but also deeply melodic. They bore ferocity but somewhere therein was a soul-stirring, deeply poignant undercurrent. Both these 7-inches were re-released as part of the Singles Breaking Up (Vol. 1) compilation album in 1999, the title being an evident parody of The Buzzcocks‘ Singles Going Steady.

In 1993, two very important events occurred. The first was that Ian Williams joined the band as second guitarist, adding a extra layer to their already dynamic sound. The second was that the band met the now-eminent producer Steve Albini, who recorded the debut album For Respect, released on Touch and Go Records.

Don Cab at this time had an abrasive style with a lot of focus of distortion, which continued with their 1995 release Don Caballero 2, but with more emphasis on experimentation both in Damon Che’s percussion and Ian Williams’ lead guitar. At this point, Pat Morris was replaced by Matt Jencik. And it’s also at this point that it was clear Don Cab didn’t give a shit when it came to naming song titles. Tracks like ‘please tokio, please THIS IS TOKIO’; ‘P, P, P, Antless’ and ‘Rollerblade Success Story’ featured on Don Caballero 2 and proved that, despite the aggressive nature of their sound, the band clearly saw the lighter side of song-writing. This kick-started a legacy of truly strange song names across math rock (and I nod my hat to Giraffes? Giraffes! and The Bulletproof Tiger here).

In 1998, the band were reduced to a trio of Banfield, Williams and Che; and together released an album very different in style. What Burns Never Returns saw a new type of Don Caballero. Guitar distortion was less pervasive, and instead Williams engaged in heavy experimentation with finger-tapping and pedal effects. Around 2000, the band had made the full transition to experimental rock. American Don, the band’s fourth full-length album, kicks into life with several guitar-tapped melodies stacked atop each other with a looping pedal. In fact, tapping is pervasive throughout this album across both guitars and bass lines, and its quite easy to see the legacy of Don Caballero’s style in tracks like ‘You Drink A Lot of Coffee For A Teenager’ and ‘A Lot Of People Tell Me I Have A Fake British Accent’. And this should not discount the extreme experimentation with rhythm, American Don sees guitar phrases constantly drifting in and out of time with the percussion, splitting melody and rhythm into dichotomies and deconstructing the conventional idea and form of music. For many, this is Don Caballero’s landmark album, the one that exemplifies the math rock genre. And that’s hard to argue with.

Venturing onwards into the 2000’s, Don Cab released World Class Listening Problem and Punkgasm. These albums, though not experiencing the wide critical acclaim of their predecessors, are almost a cross between the lighter guitar-heavy experimentation of American Don, and the heavier salad days of For Respect and 2. The aggressive tendencies of a younger band were slowly creeping back into their music making. World Class Listening Problem wandering slightly away from the dissonant math rock stylings of previous albums into more melodic and emotional post-rock territory. Punkgasm carries these ideas on, and sees the band incorporating a range of genres and motifs, from indie to pop to funk. It is also notable as being the band’s first foray into vocals. Yet, across these two albums there is still a ‘Don Cab’ brand on everything. Conventional melodies and pop motifs are so far removed from Don Cab’s repertoire. Even the track that bears our name ‘Palm Trees In The Fecking Bahamas’ contains all the tropes of beach music, but as a whole it is far from anything palatable or you would even consider putting to radio.

All in all, it’s quite hard to know where to start because there’s so much diversity across Don Caballero’s records. But what is intrinsic to the band their dense experimentation of rhythm and melody; this is what is consistent across all their records. So it really depends on what ‘flavour’ or ‘backdrop‘ you want. If you like things heavy and dissonant, start with Don Caballero 2. If you’re looking for something close to contemporary math rock with plenty of clean-toned finger-tapping, try their seminal record American Don. If you want to stay in the indie and experimental rock realm, check out World Class Listening Problem or Punkgasm. Whichever road you choose, be ready to expect the unexpected. 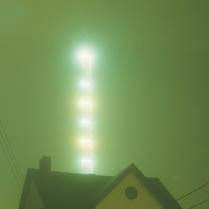 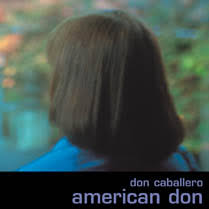 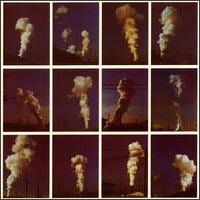 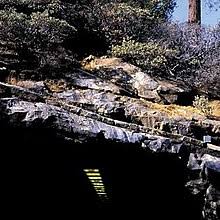 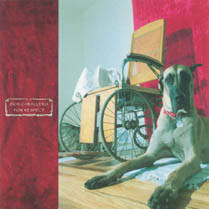 Read more about Don Caballero in our History of Math Rock series here.

Type to search or hit ESC to close
See all results
Loading Comments...