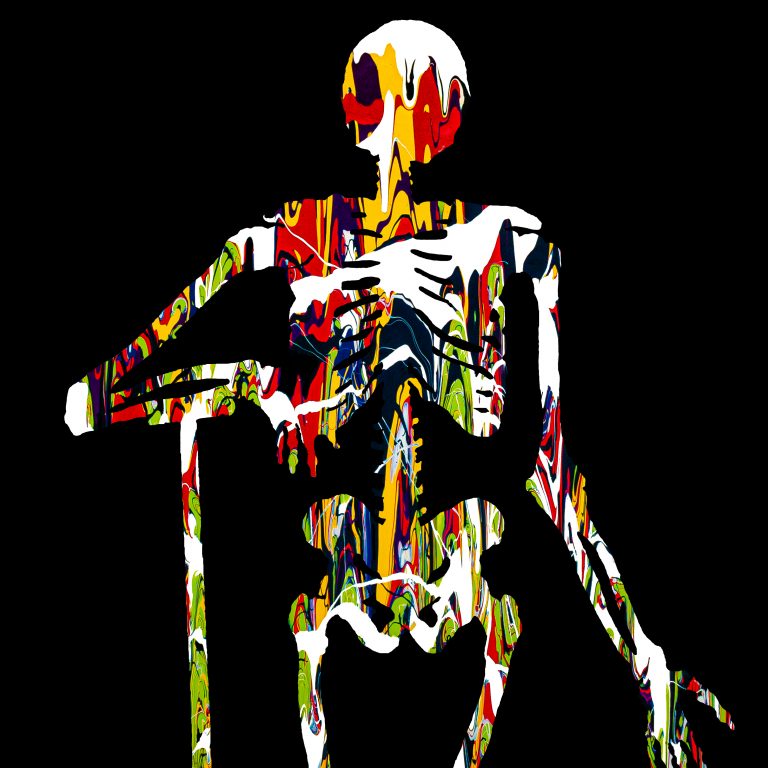 “One night, Antonio had this nightmare where he woke up in a cold sweat feeling that the album should be a conceptual piece,” says drummer Francisco Lujan, “and since so many of our friends and colleagues collaborated on this, we came up with the idea of performing a series of interviews on life, death, and dreams…”

You’d be forgiven for thinking that we were about to review a documentary film or science-fiction masterpiece. But what we’re actually discussing today is an album.

The scope is wide here, friends, and one can easily deduce that from single “Monte Y Culebra” as it loosely tempts listeners to read between lines and connect the dots between the samples and the overall theme. “Yes and No” stretches outwards with the cinematic flair of Caspian roided up with the energy of Cleft and Fall of Troy.

It’s a lot to take in all at once, and you know us: that’s pretty much how we like it.

Glueing it all together is another layer of cohesiveness; there are no obvious endings or beginnings to these songs. There are no tangible touchdowns between the various coordinates, a feat butchered by many and executed well by few. Fortunately for us, Pavlov’s Bell find themselves in the latter camp.

From the opening pulse of “Sweat from a Fever Dream” to the distorted whispers of the finale, a sense of warm, dare-I-say-lush production provides a neon sheen of protection no matter which sonic landscape is presented. Without stopping, the band takes us to… Egypt? Cuba? Arcturus B? It’s hard to say. But we’re here for it.

It’s propulsive, it’s dynamic, and above all, entertaining. At no point is the record bogged down by it’s own headiness. There are even a couple downright playful dips into mid-era Adebisi Shank territory on songs like “Miarma” and “Music for Liminal Spaces.”

It might not surprise readers to learn that the band currently shares a couple members with similarly charged Miami heavyweights The Zeta. The two share an affinity for “future jazz” and obviously a hometown as well. Hardcore fans even can pick out their vocalist Juan Chi speaking towards the end of the title track. But where Zeta favors a vintage flair with psychedelic guitars, Pavlov leans firmly toward the modern with synthesizers and laser-delays.

The familial relationship between the two parties, and all the other contributors adds a sense of believability and closeness you can’t help but feel ‘in on.’ It feels like it’s your friends that you’re hearing in the background, like it’s you asking the questions. By the time it all comes full circle and lowers you back to Earth with “Having Changed,” you can recognize just how much thought went into this record. In the end, what truly stands out about Mala Nota is it’s consistency. It may take a few times to sink in, but in every direction the symbols of the dream world linger in air between the conga solos and swirling polyrhythmic synths to remind us of the journey.

Pavlov’s Bell may have unintentionally struck a goldmine of inspiration when they elevated the idea samples through using real experiences and real people with real connections to the band. Here’s hoping everyone takes note of the possibilities presented by the band, and kudos to them for going out on a limb to deliver something really unique and special.

While we’re sure they’ll keep changing it up, Pavlov’s Bell current mix of incendiary math rock and synth laden jazz-tech is sure to please fans of acts like Three Trapped Tigers, Town Portal or And So I Watch You from Afar. But we’re pretty sure it will also please fans of Terrence McKenna, Carl Jung, and Bob Monroe.

Mala Nota‘s clever marriage of cultural convention to a variety of futuristic sounds create a towering sense of identity that stays fresh while lucidly exploring all sorts of metaphysical madness. Highly recommended.

Check out Pavlov’s Bell and their new record on Bandcamp.