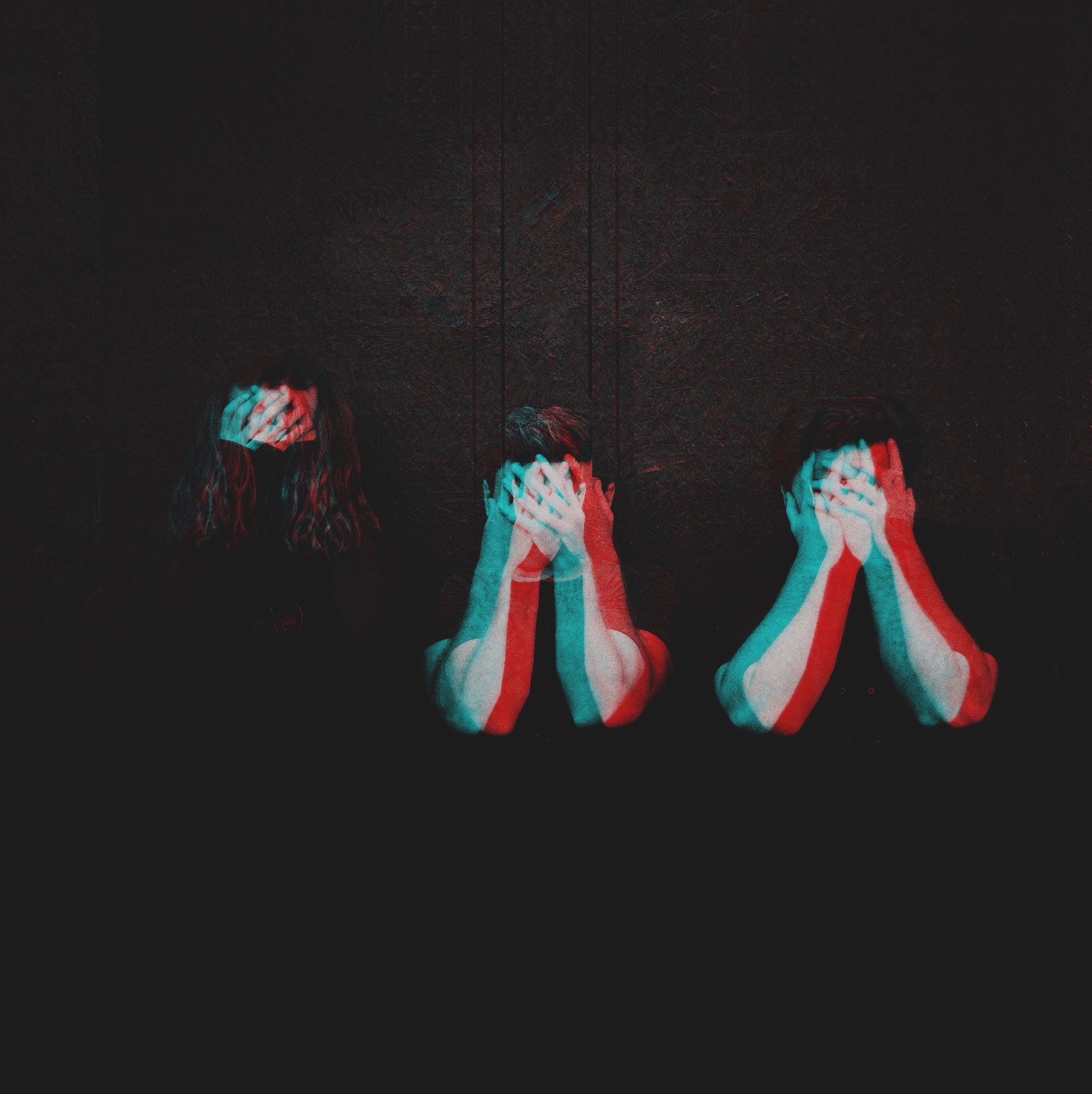 FOCUS // SISTEMAS INESTABLES: HOW TO FUNCTION IN THE MIDST OF CHAOS

We are facing dark times, dark indeed. But music never lets us down. Music has become the fuel we all need to keep functioning in every level in our lives. How can we manage to do this? Perhaps Sistemas Inestables has the answer.

The Chilean three-piece is a Frankenstein of genres: noise, ambient, math, post and whatnot. The way they weave all the textures and harmonies with the hybrid set of instruments, synthesizers and drum-machines has become their signature in the five years the band has been active. Since then, they have toured through Chile, Colombia, Argentina, Spain and Belgium (playing Primavera Sound and Dunk! Fest, by the way) and they have more to come.

Their debut album ‘O’, was released in 2018. Believe it or not, the four tracks in the album are no less than 8 minutes each. EACH. Once you start listening to it, a restless feeling starts crawling up your spine, until it fills your brain with a mix of sounds that harmonize with perfectly intertwined ups and downs. If Akira had a Chilean version, this album would fit as the soundtrack. This album had several physical releases in Chile, Argentina, Peru, Belgium and Europe.

This 2022, Sistemas Inestables will tour Uruguay, Argentina and Chile, presenting ‘Oppidum’, a new EP, to South America. I talked to drummer Javier Hechenleitner a bit about this and some other stuff about them.

FB: How did the band start?

JH: Mauricio, who was the former bass player and I got together for another project (Jovenabuelo), which naturally came to an end. At the same time I met José Tomás, whom I shared a couple musical likes and ideas. After a while, all three came together and decided to start a new project in 2016, which after a year of experimenting, SISTEMAS INESTABLES was born. The first stage, while creating “O”, became a quest to actually find out what we wanted to make and project to the world.

It was quite a ‘natural’ process. Improvisation resulted in a bunch of ideas, plus trying to find a musical connection between the three of us. It was just after all this that we finally felt more comfortable and decided to start producing ‘O’.

We began playing live in 2017. Our debut was in the mythical venue La Batuta, in Santiago, and then came the tour in Colombia and Argentina that same year. In 2018, we had the chance to participate in the first festival organized by our Label LeRockPsicophonique, and, with ‘O’ we toured all of Chile as a part of the ‘ciclo LeRock’.

2019 took us for the first time to Europe. We played at Primavera Sound Barcelona and the prestigious Dunk! Fest in Belgium. At the end of the year we invited Santiago Corvalán, who had been the sound engineer that whole time, to join the band playing the bass. We had planned to keep touring Chile, but after a social blast in the country, and the pandemic we were unable to leave. But we kept writing new music and, well, the rest is the present.

FB: Which are the band’s main influences?

JH: Influences, many. We are very inspired by environments, processes, emotions, challenges. We feel like we can write the music of what transpires around us, what drowns us at times, trying to understand music as a way to escape. We have always felt that what we do is kind of a hybrid, a battle and a dialogue between humans and machines. Perhaps, in that regard, we feel a bit like cyborgs (laughs), but, deep down we believe that it all has to do with the duality of the world, the real and virtual, the analog and digital, the synthetic and organic.

FB: What was the inspiration for ‘Oppidum’?

JH: Well, FYI, Oppidum is the first of three Eps that we will release in the next few years and they are part of a definition regarding the recent time, and the relationship, just as it is, to the instability of the systems as we know them (hence the name Sistemas Inestables).

‘Oppidum’ means city in Latin, and both tracks ‘Signum’ (signal) and ‘Praedatum’ (predation) derive from that concept, presenting a dystopic but real scenario of what cities represent to us. Both suppose a strong and hostile response to the current events, the confinement and the effects of the pandemic, social, economic and environmental crisis; and to all that makes us rage, and, in a way or another, need to be destroyed.

We believe that music has the power of giving an opinion and protest in favor of a necessary change.

FB: What do you expect of the 2022 tour and what comes for the future?

JH: Well, the tour is ongoing and so far, the outcome of it has surpassed our expectation. We just ended the first stage of the tour playing Montevideo, Córdoba and Buenos Aires, and we have had such a warm welcome from the audience and the bands we have played alongside. We were told a bunch of times that our performance was ‘zarpada’ which means very cool in Uruguay and Argentina.

The second part of the tour will happen in the center and south of Chile, and the truth is that this tour has been postponed since a long time ago. We couldn’t do it in 2019 due to the social outburst in our country, nor 2020 due to the pandemic. This took us to restructure a lot of stuff, and to set a performance which may reflect what we and our team have been working on so eagerly. We feel very happy to share this new energy with everyone.

FB: What projects can you recommend to our readers?

JH: Some of the bands that had influenced us may be Akinetón Retard, Cómo Asesinar a Felipes, tortuganónima, Pol del Sur, Jaga Jazzist, Floating Points, Brandt Brauer Frick, Jon Hopkins, Nils Frahm, The Cinematic Orchestra, Battles, Tortoise, Do Make Say Think, among others.

We recommend listening to this playlist where we gathered all the music that influenced us and some other that moves us to make more music: SISTEMAS INESTABLES | Influencias y favoritos

So, there you have it. If you are around the cities Sistemas Inestables will tour, try to grab a ticket and let yourself be in awe with their music. And don’t forget to go to their Bandcamp and discover a few more tracks from the band.