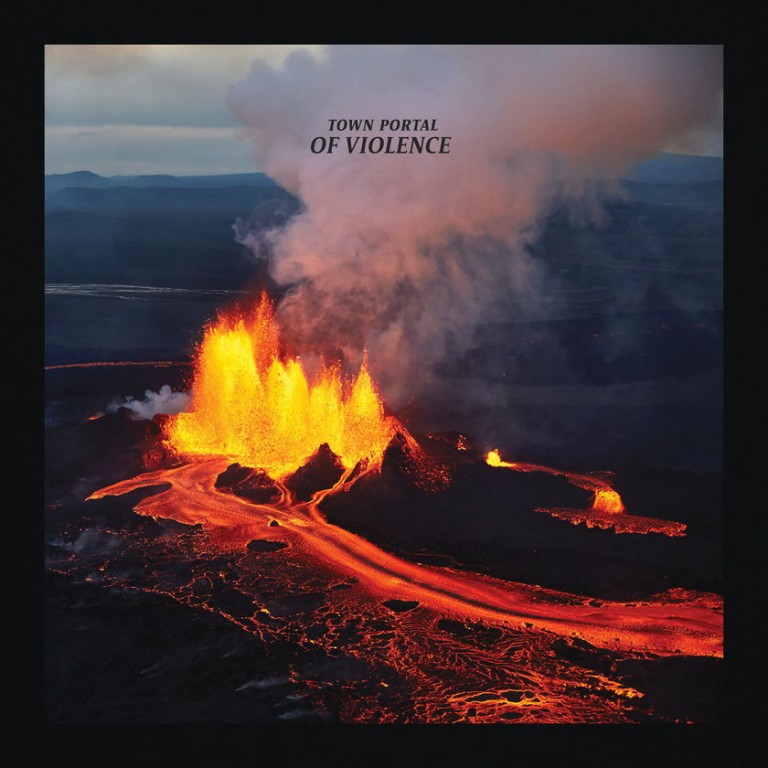 The void of obscurity is a place Copenhagen based trio Town Portal call home. Not only do they reside here, but they thrive in the entangled rhythmic structures and dissonant soundscapes. Their new full length, Of Violence, dives deeper into the abyss of unconventionality, which they have been gradually descending into with their previous releases. As the name implies, the tracks have an innate feel to them, as if they somehow harnessed the energy of the Earth’s core. Perhaps it can explain their use of an image of the 2015 Holuhraun eruption: one of nature’s most violent forces.

‘Better Angels’ greets the listener with eerie yet inviting tones before the controlled chaos of ‘Archright’ comes crashing in. Although it seems like this will be an all-out balls-to-the-wall anthem, a warm brass section and aurally enticing harmonics ease the song into a soothing conclusion. ‘Veyshnorians’ may be brief compared to ‘Roko’s Basilisk’ or ‘Human Touch’ (both pre-released tracks), but it’s densely packed full of energy and a crushing ending.

‘Vanitas’, named after a work of art that is meant to evoke thoughts of our inevitable death, begins as focused and energetic, then evolves into something heavier, almost Don Caballero-esque. After a bit of abrasive guitar work, the last few minutes of the track gently bring Of Violence to an end, leaving a reflective silence.

Town Portal have once again crafted a truly thought-provoking album from start to finish.

$US9 digital or $19 vinyl on Bandcamp