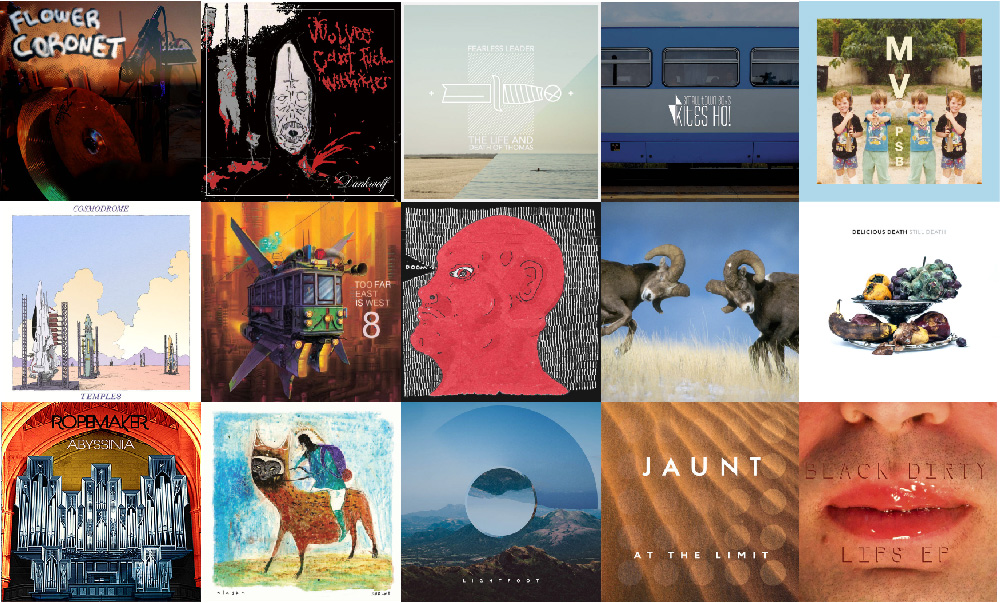 We here at Fecking Bahamas are not perfect. It’s hard to believe, I know, but it’s the sad, sad truth. Being the busy bunch we are, there are always a few quality releases every year that slip through our otherwise impeccably long fingers. But 2015 was a great year for math rock; too great to let the injustice of time management to rear its ugly head and take control. So we have stood up as a collective and shouted, “No! No more will we be beholden to the mistakes of the past! We will retcon the future!”

But alas, time continues to march ever onward, steadily hastening as we approach our inevitable destination in the dirt. How then, do we solve the problem of time? The answer, as it turns out, is to write less.

So, without further ado, in an unprecedented gesture of journalistic compromise, here are our bite-sized thoughts on the Releases We Missed in 2015.

I’d trust these guys to write the world’s only good musical.
(Editor’s Note: Apparently, Hamilton is very good. I wouldn’t know. I can’t get tickets.)

In case you don’t like your 90’s emo-influenced math to be of the instrumental sort.


DANKWOLF // Wolves Can’t Fuck With Me

A safe way to experience the feeling of quitting your jazz program at Berklee to do whatever you damn well please.

Deeper than the well Timmy always manages to fall into and probably the best thing under the Food tag on Bandcamp.

A brief exercise in conversation; a two-piece that seems almost to be speaking to one another through rhythm and melody.


FEARLESS LEADER // The Life and Death of Thomas

Someone double-booked spoken word poetry night and a math rock band at the local venue and this was the compromise.

A jazzy jaunt through juxtapositions of the jubilant and the jangly.

Experimental indie that is rambunctious, dynamic and soul-gnawing.

Music to grill to, forget you were grilling, and have to call the fire department. Also saxophones.

In a better world, all the stuff that was called “emo” in the early 00’s might have sounded like this instead.

Induces a sense of false nostalgia, like if you’d supplanted yourself for Corey Feldman in Stand By Me, without realizing it.

More 16th notes than you can shake a staff at.

Trying to air-drum along will leave you very, very tired, very, very quickly.

Powerful riffs with the overall sense of uplift and adventure. Kind of like the soundtrack for a remake of ‘The Right Stuff’.

Like starting a relationship with an alpha male, whom you later discover has a soft side.

Stabs you at various intensities.

There, done and dusted. And we’ve still got time for lunch. Keep your eyes on Fecking Bahamas in 2016. We’ll try to be better. Onward, toward the horizon!