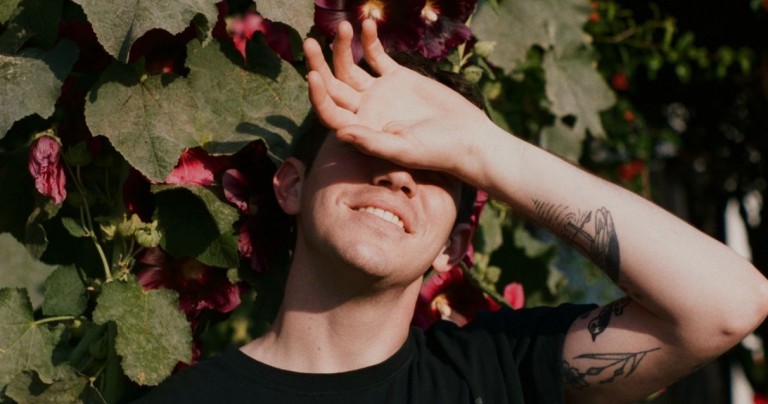 In the first track from his new album, Robert Ross aka Bobbing offers the listener an excerpt from a microcassette recording of him as a kid jamming the blues with his father. A father that was unavailable to him in most ways but shared with Ross a profound love of music. The sentiment is encased in the title of his album, Thank You For Singing To Me.

This heartfelt ode kicks off what becomes a feast of intertwining math rock, surf rock, jazz, psychedelia and pop. It’s an unsurprising feat, considering that Ross was guitarist in the dynamic and multi-textured Feed Me Jack. You might say that Bobbing is the next stage in Ross’ musical evolution. His solo work, which incorporates samples, keys and everything in between, wanders into new echelons. The same can be said of Ross’ writing process itself. None of his songs were constructed from an blueprint, but rather were conjured up in real time. Each four bars are a reaction to the last, forging a sound that is in constant transience.

“This project is the culmination of time spent after the dissolution of my old band, during which I experimented a lot,” says Robert, “I stitched together different textures, instrumentations, and moods in an effort to find my “voice.” As it turns out, I don’t like sticking to one particular sound for too long. I find transitions and intersections between movements to be really interesting.”

To top it all off, Thank You for Singing to Me features many of the Feed Me Jack alumni: Jake Thornton mixed,mastered and performed some synths; and Eric Lawson performed drums on some tracks. In all, it’s a beautifully wobbly ride.

Thank You for Singing to Me is out on the 1st of July.
You can pre-save the album on Spotify here.