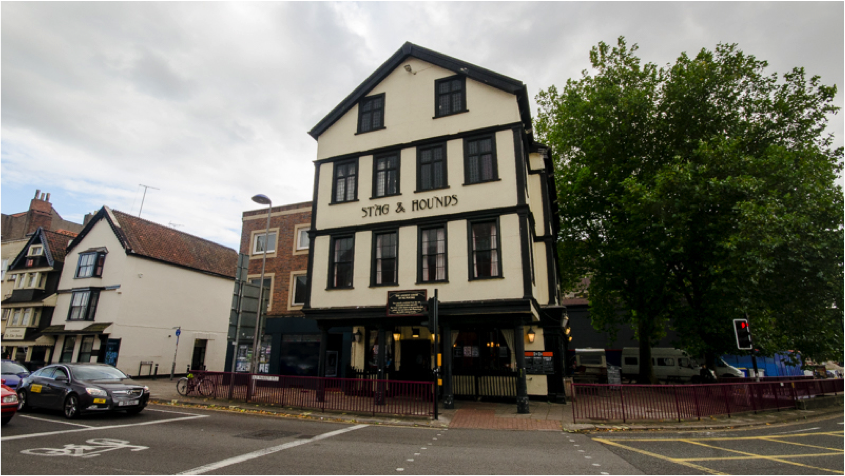 The Stag & Hounds is an 18th century pub in central Bristol. It’s also a grade II listed building, packed with history and culture. It’s also one of the UK’s best math-rock and niche genre music venues.

The Stag & Hounds was built in 1483 and was supposedly used for housing during the 15th – 18th century. Only after the 18th century was it converted into a public house. It is complete with original period features, including a functioning 19th century iron hand pump, which would’ve been used to retrieve water from a well. Not only that, but there is also a priest-hole from the 16th century when Catholicism was illegal in England. Looking out towards the courtyard, there is a small room between floors that would’ve been used to hide the Catholic priest. This room can only be reached through a trapdoor and is now a bathroom.

The pub has been a hub for a multitude of genres, both locally and nationally. Sadly, the venue announced in March that it would be closings its’ doors in late May.

This message was shared on their website and their social media pages:

As a few of you already know the stag and hounds will be handed back by ourselves at the end of May. But we’re announcing it officially today so everyone is in the know. Through a series of events and circumstances (some out of our control) we have looked at the books and it’s not viable for us to carry on to see the contract out. Our final weekend will be the 26th, 27th and 28th May 2017. Thanks for all the help and support over the last 6 year. We’ve had a right laugh and we’ll be back in other forms and guises before you know it.

The news left many fans disappointed. Why are so many of our beloved venues closing? It seems to be semi-regular news that a venue is struggling to keep its’ doors open nowadays.

Although it’s impossible for anyone on the outside to be exactly sure of why the venue is closing other than financial struggles, it seems to be joining a long list of venues which have been forced to shut. Many of these closures in the southwest of England seem to be a consequence of persistent noise complaints, despite new housing being developed around live music scenes.

I took a trip down memory lane and revisited some of The Stag & Hound’s best gigs. All gig photographs taken by Simon Holliday. I also spoke to a few music fans and local musicians about their favourite memories too. 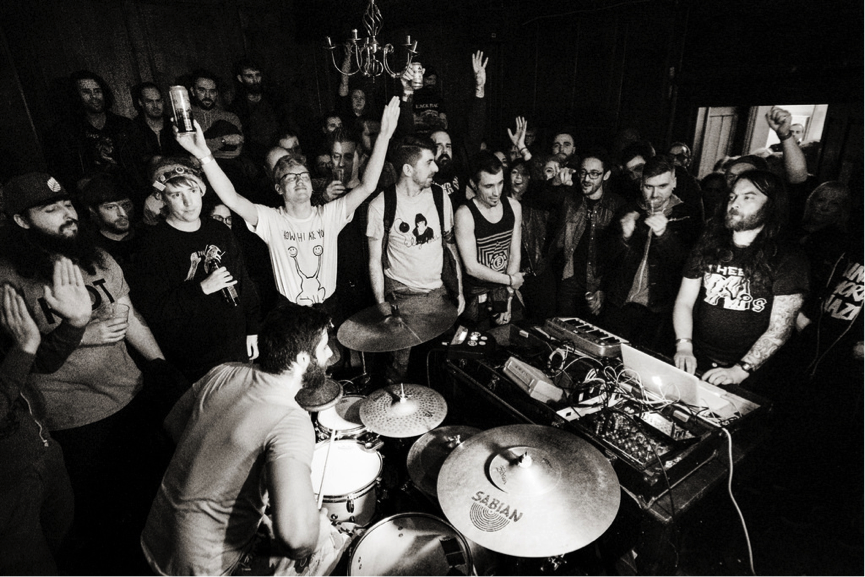 “The Stag and Hounds has been a pivotal venue for many bands over the past few years, many have had their best shows there and many have seen their best shows there. After playing there around 20-30 times with various bands over the years I can safely say that without it being so open to new bands, and Paddy /other promoters putting new bands on good bills with more established bands bands like Lambhorn wouldn’t have had the supported upbringing we think it craved. Thinking about it, we’ve played 4 gigs out of the Southwest… and a good quarter of all of our gigs, dare I say it have been at the Stag and Hounds! It’s got us somewhere, for sure!” – Oliver Cocup, Lambhorn 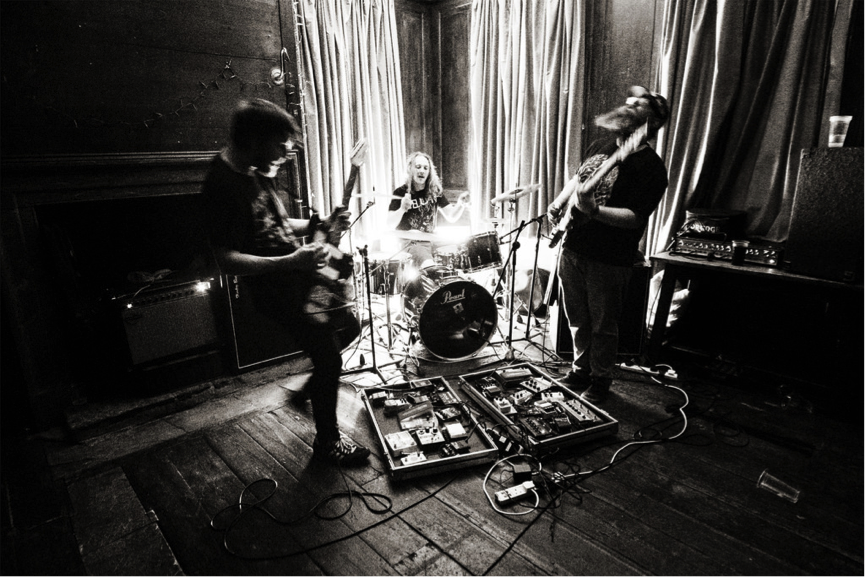 “I’ve found it to be quite a cultural hub in the fact that I have seen so many varied performances in there. But its been quite an important place bringing people together, its loss won’t just affect the math-rock scene but the wider artistic music scenes in general, ranging from math-rock doom, jazz, drone, punk and post punk and sometimes bands which don’t really fit into any genre of music. Like many other DIY venues it was always open for new up and coming promoters and willing to take risks, it was also a friendly space where I made many friends. Its closure will be a massive blow to any DIY genre, not just that but the more venues we have closing opportunities there will be for future generations to access the arts, especially music. The more niche genres and smaller bands will potentially be swept under the carpet causing a disintegration of a cultural hub.” – Jeffrey Johns 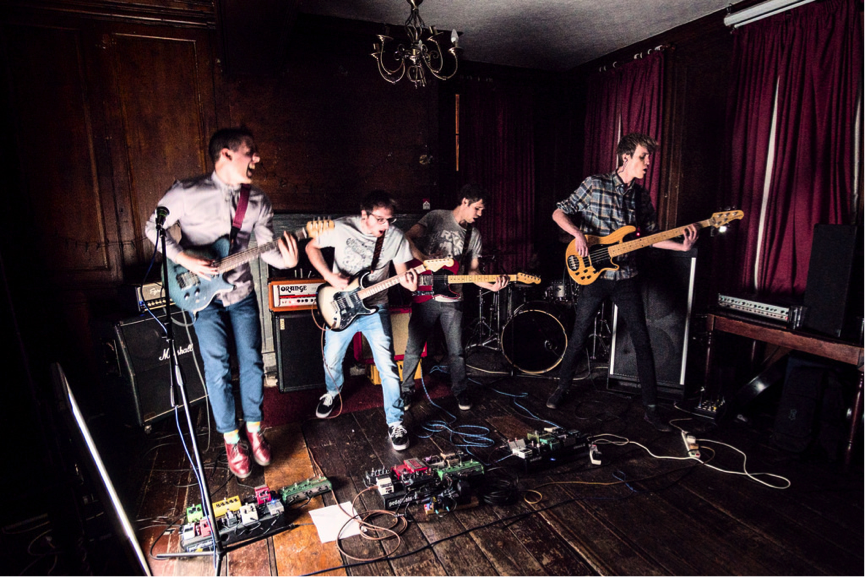 “So many gigs have been great there, but probably Racketkanon a couple of years ago, and Shitwife more recently!” – Richard Howarth 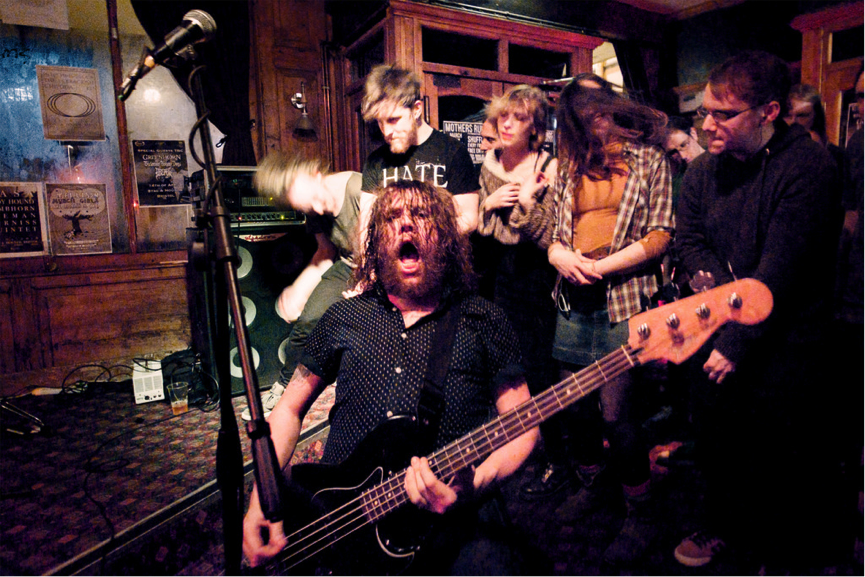 “I’ve seen a whole range of truly amazing bands at the Stag ranging from international artists like Raketkanon (the best live band and most mental band in Europe) Big Brave, Chastity, Zeus! Zolle, Cud, Steroika, through to local Heroes The St Pierre Snake Invasion, Idles, Taos Humm, Caves, Woahnows, Iceman Furniss, Coims, Shitwife amongst so many others I’ve probably forgotten about. But if I was to pick one show it would probably be RaketKanon, that show was really unreal. As stated it will be a huge loss as a venue, I mean there are other spaces like The Old England and Crofters Rights, but I think that we as a whole have got to utilise whatever venue spaces we have.” – Jeffrey Johns 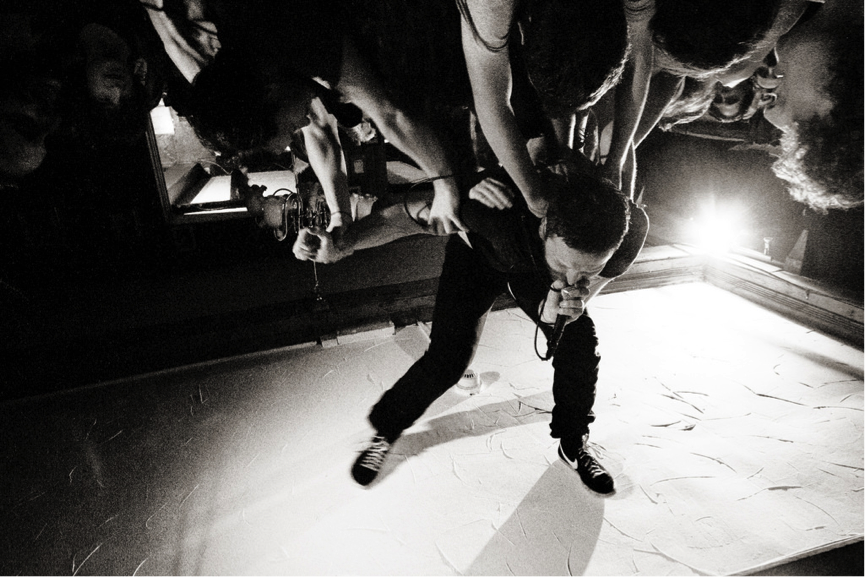 A personal favourite memory of mine would be when Alpha Male Tea Party and Cleft played a joint show together in 2015. Cleft took to the stage after Alpha Male Tea Party had finished their set and I had a word with Tom, AMTP guitarist. I asked whether they’d consider playing their ‘Killing in The Name’ cover that they’d once played with Cleft at Arctangent earlier that year. With a bit of persuasion, they agreed and closed the show with a raucous alternate version of the Rage Against the Machine hit. At that point, Cleft perhaps were unaware that they’d play on of their final shows at The Stag & Hounds.

As always, the scene will live on in Bristol and the surrounding area. Although none of the other venues seem to offer what The Stag & Hounds did so humbly, Bristolians are still left with a choice. The Fleece and The Exchange often host bigger touring bands while The Golden Lion and Mother’s Ruin could cater for smaller bands. However, none of the venues will offer exactly what The Stag & Hounds did so well: a friendly environment that hosted some of the best moments in Britain’s alternative rock scene.