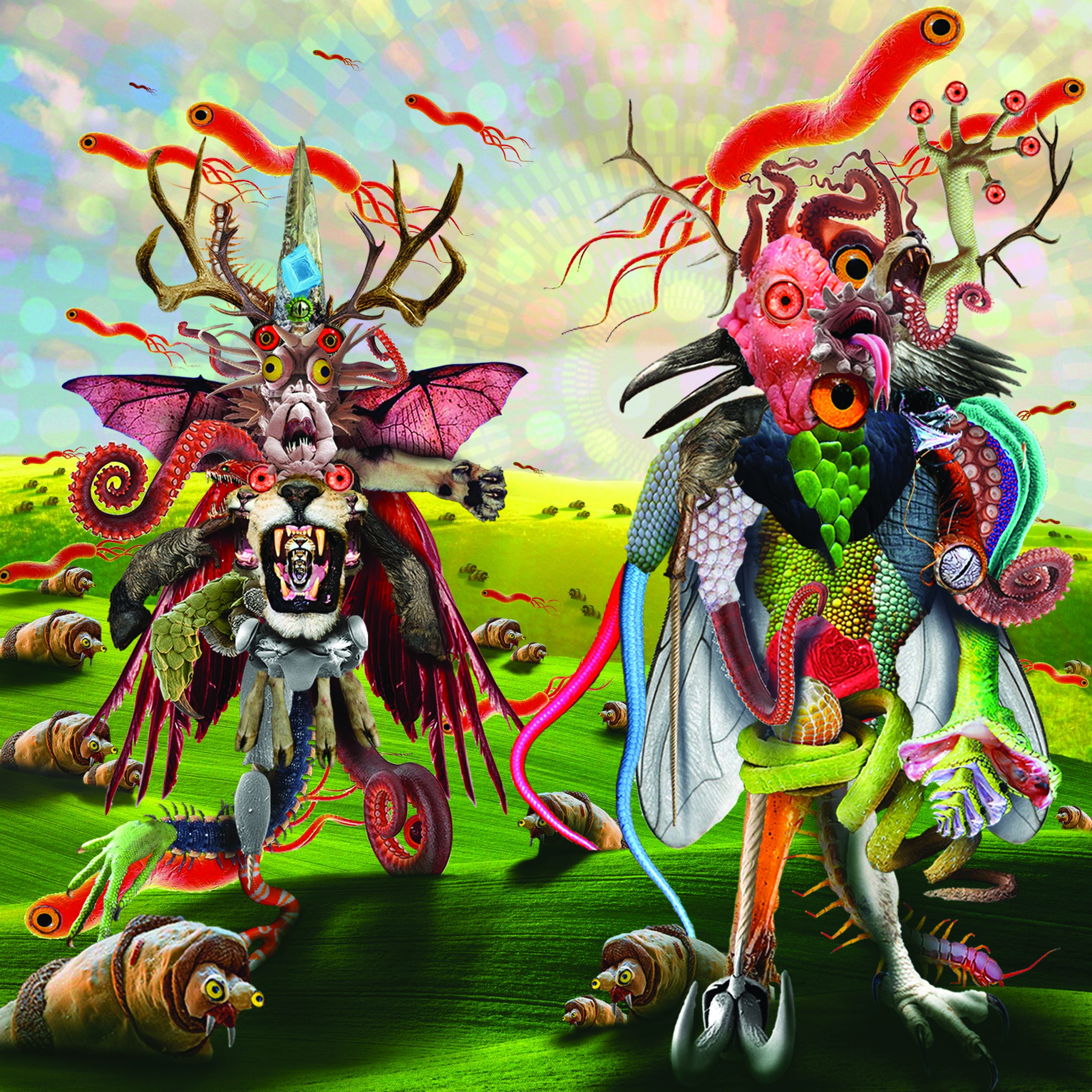 EXCLUSIVE // THE FIRST TIME LISTENER’S GUIDE TO “RITE OF SUMMER,” BY GIRAFFES? GIRAFFES!

Two weeks ago, our friends in Giraffes? Giraffes! announced the pre-order for new single “Rite of Summer,” and unveiled to the world it’s mind-boggling cover art. Go ahead and just hold the image above in your mind for a moment. It’s a lot.

What they ALSO did was let us hear it, and to celebrate to it’s official release, we wanted to offer readers this moment-to-moment guide to the band’s newest conjuration as bona fide proof that math rock’s golden boys have not been messing around.

Dedicated fans of Giraffes? Giraffes! will remember that after Memory Lame was released in 2018, it was re-mastered and re-released as a single track featuring forty-four segments and thirty-seven chapters some time later. Readers might also remember drummer Kenneth Topham addressing the reasons behind this very issue in a recent interview of ours.

“An idea like this can only stem from obsession, relentless scrutiny, attention to detail, and too much coffee!”

The band’s signature mania has anything but dissipated.

What we have now is an even more intensely focused version of it.

Right off the bat, we have the titular nod to Stravinsky’s “Rite of Spring,” but it’s paired with a far more subtle tribute to the composer; the style in which he composed. One can easily surmise that narrative is key here, but in what way?

It seems nearly obvious that we’re listening to a story here. But at fifteen minutes, it might be more accurate to refer to “Rite of Summer” as a saga.

So, enough blabbering. What does this saga sound like?

At first, we have a tangy sweet shuffle treat not unfamiliar to us, but in a noticeably darker direction. Imagine the band you know, but sneaking into a dimly lit, prog-flavored masquerade. This dance is accompanied by Joe Andreoli’s signature handle on ethereal guitar tones, churning out perhaps one of the most melancholy vibes the band has achieved.

And just when we start overthinking it, they take the dynamic down even further. Utilizing a single, steady pulse and shimmering acoustics, the mood has officially set in. The lights have all but gone out in a drizzle of a dreary rain.

When it all starts to fade completely, we’re brought back to the same idea with higher energy more akin to jazz or marching band, complete with a wailing fuzzy guitar solo. Did things just get kind of heavy? It’s as if the band managed to sneak past the masquerade, and are now hell bent in their search for secret riches.

But they’re about to get quite a bit heavier as they reach for the door in three, two, one… oh yes. There’s the drop.

We are then drenched with crushing fuzz, wah-pedal solos, and gargantuan drums in a storm of sadness that’s now brewed for thirteen minutes straight. And we are soaked. Ken and Joe fight the hydra of towering riffs and patterns as the hurricane crashes all around us.

And then it’s over.

This song might come as somewhat of a shock to more casual fans. The downright tense atmosphere and arduous length give the listener ample time to chew on thoughts like whether or not this is part of a larger movement within the band, or simply one of their melancholy explorations. They are certainly no strangers to it.

Will it have the same effect on people as Stravinsky’s riotous debut? Will we find ourselves flipping out of our chairs, gnashing our teeth, unable to construct sentences as we howl at the unknown?

For some, probably not.

But for us? It’s hardly a debate.

Check out “Rite of Summer” here.