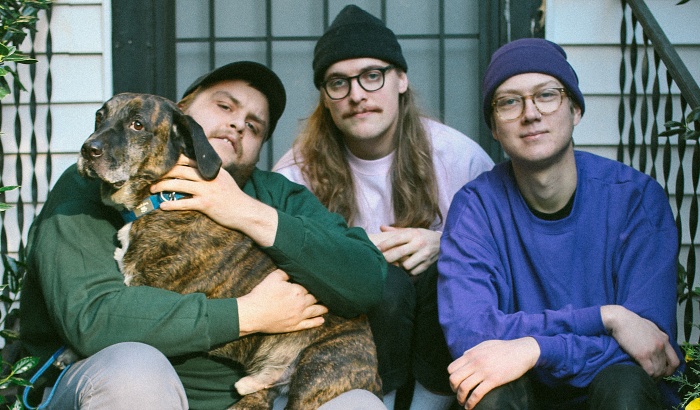 Michael Whiteside·
BACK TO THOSE GOLD SOUNDZEXCLUSIVESHEADLINE
·November 21, 2020

Champagne Colored Cars beam us up for a space cruise today courtesy of their new single, “Dimensional (feat. Ellie Price).”

On the surface, we detect a hint of that golden grunge nostalgia teased by bands like Basement and Taking Meds. But within seconds, CCC’s Atlantian charm kicks off into the stratosphere, making for an undeniably tasty experience.

And we haven’t even told you about how signals. vocalist Ellie Price totally electrifies that big riff in the middle with her voice. It’s really cool to hear both of these vocalists working together because it’s not an obvious mix but it comes across as a totally natural contrast.

The song goes by quickly, but we’re happy to hit replay and let it sink in. Guitarsit/vocalist Tyler Perkins had this to say about the song as well:

“Dimensional might be my favorite track on the record. It’s the last song we wrote for the record and was the least rehearsed when we started recording Tourism. Regardless of that I really think it came out as one of our most dynamic, vigorous, and well-rounded songs. Lyrically it’s about the struggle of trying to move past your harmful addictions. Drugs, toxic relationships, social media, anything that takes a dangerous toll on you mentally or physically that you struggle to let go of. Another aspect that makes this song one of my favorites that I’ve ever released is the fact that Ellie agreed to be featured on it. I found her old band Signals. on YouTube a few years ago and I still religiously listen to it.

Aside from being incredibly humble and sweet, she’s one of the most talented vocalists I’ve ever heard, and definitely the most talented I’ve ever worked with. Her part fits so perfectly and the harmonies she added really make the song beautifully haunting. Really can’t wait until the day comes that we can return to the UK and perform it with her live.”

Seriously this song is a banger, and we’re looking forward to whatever CCC have in store for us next.