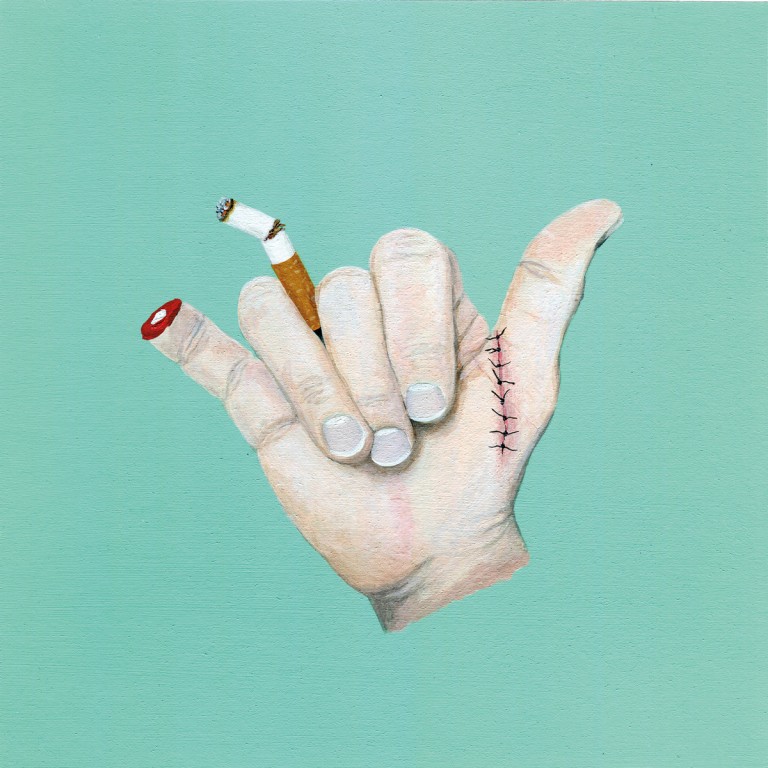 For a decade now, Tiny Moving Parts have been honing their unique blend of emo, pop-punk, and math rock. This self-proclaimed family band, consisting of brothers Matt and Billy, and their cousin Dylan, has been on a steady successful incline especially since signing to Triple Crown Records in 2014. Their latest effort, Swell, is proof that the trio are constantly finding new ways to push the envelope and keep their listeners excited.

From the first note to the last, TMP keep you on the edge of your seat with their unconventional phrasing, satisfying sonic textures, and clever lyricism. Brimming with metaphors and vivid imagery, Dylan’s words are not just a second thought, but arguably the staple to their raw sound. Combining the trademark singing style of hard pronunciation pertinent to pop-punk with background vocals from Matt, songs like ‘Wildfire’ and ‘Warm Hand Splash’ are prime examples of the growth of both their vocal control and the overall production quality: a notable development from some of their earliest work. Complementing their evolved sound are elusive hints of strings, piano, female vocals, and even trumpet.

Living in the moment and acceptance of life seem to be two common themes pervading the lyrics. The line, “May your brain cells swell with love”, repeated in the song “Wishbone” stand out as almost a reminder for the listless to embrace what life offers, while lines like “you are a cobblestone, I am gravel road” and, “I am a pond, you wanted an ocean” recall the awareness of self-doubt that seems to be so prevalent in their past albums.

Swell carries a refreshing sentiment of growth and efforts towards a healthy state of mind. Perhaps that is why Tiny Moving Parts’ new album offers a gateway for larger audiences whilst retaining the mathy flourishes and emo-revival style that brought them to where they are today. For those that thought their 2016 album, Celebrate, pushed the boundaries of their familiar sound, Swell should bring another pleasant surprise.

Tommy Boys, You Blew It!, Empire! Empire! (I Was a Lonely Estate)